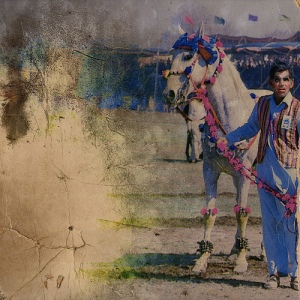 The masked troubadours of Kong, who may or may not be connected in some way to Oceansize, have finally released their debut album. Let’s get one thing clear before we delve into Snake Magnet. Kong are demented. Not bad demented, the kind where you go on a murder spree to prove to that one special person how much you love them, but the good kind. Think of them as the musical equivalent of The League Of Gentlemen, just with less cross-dressing, a sizeable chunk of vociferous vocals and a diabolical amount of tortured guitars.

Information on the band is notoriously sketchy, with most of it that is out there revealed with tongue firmly in cheek. But despite their mysterious roots and frankly terrifying masks, the band has put together an album that immediately sums them up. ‘Snake Magnet’ is full of oddball moments that cause you to question the sanity of everyone involved, including yourself, and yet somehow it still does a grand job of remaining damn likeable.

With a singer who, at points, jabbers away like Father Jack Hackett (‘Wet Your Knives’) and a rhythm section that is so in tune with each other it could possibly be the work of the holy one himself, there’s almost nowhere to go to in order to find a slight bit of sanity. Even the lyrics defy explanation; that is when they’re coherent enough to be understood.

It’s like listening to your brain slowly unravel itself in front of you. ‘Leather Penny’ stretches the rough and ready sound production to its limit, sounding as if the whole track is being recorded on a five pound microphone from Argus by its conclusion, but instead of detracting from matters it just seems to make sense. The intro to ‘Wet Your Knives’ meanders and sounds generally lost until it’s stabbed all over the place with the precise jabs of snares and cymbals.

It’s the way the band manage to consistently keep you on your toes for the duration of the album that leaves the biggest mark. Even repeated listens don’t help too much, as songs go from one tangent to another without any thought for the poor listener being tossed every which way. Case in point: ‘Good Graphics’, an instrumental ode to what I can only assume is the blissful tunings of 8-bit gaming, which seems at odds thrown in the middle of the rest of this album.

For some ‘Snake Magnet’ is just going to be too much. It dances around that fine line between insanity and genius, as if the Joker formed the band for his own entertainment. But, despite being near fully-blown insane, at its heart it has nothing but a genuinely true rock and roll spirit. But for an album that sounds as if it’s been made to torture the average rock music fan, everything comes out rather peachy. The riffs are there, catchy and dominating, and the vocal turns are actually interesting to listen to, rather than suffer. Take the stunning conclusion to ‘Sport’, one of the best vocal endings to a song I’ve heard since Truckers Of Husk and their track ‘Panther Party’ (a must hear).

With their debut Kong have revealed themselves to be ringleaders of a rather bizarre circus. As challenging as it is to listen to at times (this certainly isn’t hangover music) ‘Snake Magnet’ is one of the most interesting and unique things to come out of British music for a long time. And after all, isn’t innovation what us Brits tend to do best?

One thought on “Album Review: Kong”