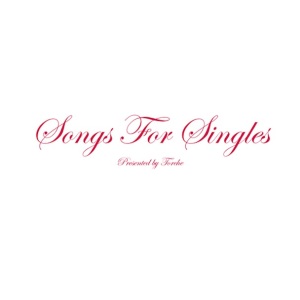 Torche took a massive step forward on 2008’s Meanderthal, which boiled down their previous rough ‘n’ ready EPs and albums into a much more refined take on the stoner rock genre that the band inhabit wholesomely. Though Songs for Singles isn’t a full-length follow up to that cracking album it is an encouraging preview of things to come.

It also signals a change in personnel for the band, having dropped guitarist Juan Montoya from the fold after the release of Meanderthal. Realistically the departure doesn’t seem to have affected the Torche sound a great deal. Tracks like ‘UFO’ and ‘Hideaway’ wouldn’t sound out of place on Meanderthal, although there is a hint of more refinement within all the tracks here.

Vocalist Steve Brooks retains his earthy croon, a laid back performance that fits in well with theunderlying rumbles of guitar, and he shows a lot more restraint on highlight ‘Face the Wall’, a track which swerves way off the Torche template and instead nosedives into a Neurosis kind of vibe.

Songs for Singles isn’t a massive change of direction from ‘Meanderthal’. It continues with the simple yet infectious melodies that gently caress their way into your brain matter, and that’s no bad thing. If it was a new album proper then this lack of adventuring would come in for stronger criticism, but as a self-confessed release to fill some time it offers Torche fans a familiar starter before a hopefully more exotic main course.