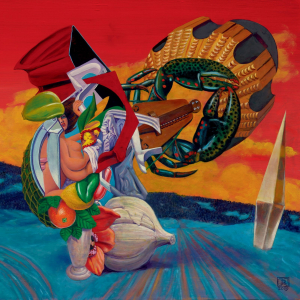 Last year I wrote my first review for this blog. The Bedlam in Goliath was the first album featured here, and my lengthy, fairly pretentious review had me finding it a bit of a mixed bag. Despite growing to like it a little bit more during the year, it’s certainly stuck out as the black sheep of the already pretty varied MV catalogue even today. But this isn’t about Bedlam; yes, another year has passed and despite the staggering amount of side projects going on, the band have released their fifth album into the wild. END_OF_DOCUMENT_TOKEN_TO_BE_REPLACED