This is part three of The Only Thing I Know For Sure’s Top Ten of 2009. Parts one and two can be found here and here respectively. 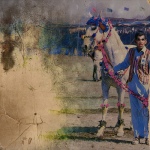 Mental. Absolutely bloody mental. That is literally the only word you can use to describe this Oceansize offshoot. Five months old and it’s still completely incomprehensible, and if you picked up the copy of the album laden with DVD bonuses then you know just how mentally damaged the Kong trio could possibly be. Imagine if David Lynch decided that instead of making films, he’d go into music instead and you might be near to describing the gibberish here. Still, what they have in psychological illness they combine with an album full of off-kilter riffs and eccentric ‘singing’. Really, if you need one odd album in your collection to test your friends’ mental solitude, it’s this.

At this point it’d be nigh on impossible to suggest that Every Time I Die can do any wrong. ‘New Junk Aesthetic’ is yet another stellar album from a stellar band. By now the basics are set in stone, but ‘NJA’ adds the extra layer of polish on the ETID sound to make it an unavoidable treat. The riffs come thick and fast, their groove matched with that sultry Southern tinge that leaves you longing for a sweaty mosh pit in Buffalo and Keith Buckley reasserts his position as one of the best metal vocalists of the decade, with the kind of delivery that can bring down mountains. A band at their zenith? Hopefully not, but at this point even a shit ETID album is better than most of the stuff that passes for rock these days.

Talking about bands at their zenith, Static Tensions is the album that Kylesa have been promising to make since their 2002 self-titled debut. To anyone who baulks at the idea of girls in rock, I dare you to explain your position to the delightfully named Laura Pleasants. The fact that if you didn’t already know she was in the band you’d have no idea that you were listening to a female roar her lungs out is compliment enough to her devastating performance. But that’s not all that makes ‘Static Tensions’ one of the standout albums of the year. The furious ensemble of two drummers rumble like a herd of blood-crazed bison, and the constant evolution of every song on this album lead to a mesmerizing experience for the years. Kylesa, welcome to the big league. Girls allowed.