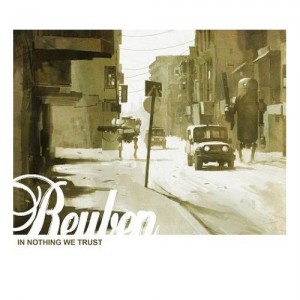 The first time I heard Reuben I decided there and then that I hated everything and anything about them. ‘Nobody Loves You Like I Do‘, my introduction to the trio from Aldershot, was one of the worst songs I’d ever heard – dull, insipid and with lyrics that almost caused me to crap out of my mouth in a Cartman-esque fashion.

But things have changed, and last year Reuben released an album deserving of all the attention it got, finally allowing them to leave their much publicised full time jubs down the local chippy. ‘In Nothing We Trust‘ is a grand opus of a rock album, which showed the band evolving their sound to a finely tuned collection of songs with a vast range of dynamicism and inspirations.

It all opens so peacefully, a gentle melody strummed upon a lonesome guitar. And then the feedback kicks in and Jamie Lenman lets out a bloodcurdling scream that tears apart the peacefulness of the introduction.

Things do not let up, and the momentum of the previous track carries on straight over to ‘We’re All Going Home In An Ambulance‘, which with it’s claustrobically heavy guitars and trashy smashy drums bounces from comedy to sheer outright fear, as Lenman jokes about a woman thinking he was Jewish – and then revealing that he “prayed to God she choked.”. For a band who used to write crappy love songs, you can imagine my surprise when suddenly I had a murderous man roaring at me from the second track on the album.

This is the absolute great thing about this album though, the fact that despite the heaviness, and the violent lyrics Lenman has penned, there remains a certain amount of poetry to the proceedings, as well as a heavy dose of the sense of humour that the band have, as the singalong chorus explodes into a cacphony a football stadium would be proud of, “We’re going home in a fucking ambulance!” 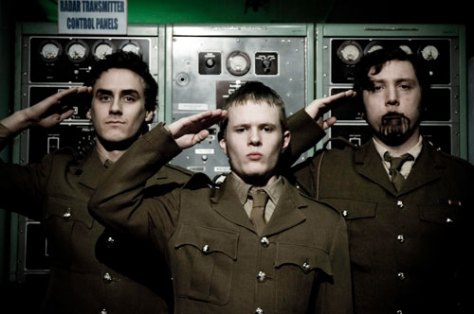 Despite their jokey nature, best witnessed on their DVD, the band are capable of some really deep and insightful lyrics.

‘Suffocation of the Soul’ takes a similar route, slowly but steadily building up to an incredibly heavy chorus that has Lenman tearing his throat out as he screams “I’ve lost it.” . But the heavy parts never become a mainstay in the songs, a balance of heavy and light that keeps the tunes refeshing and enjoyable, and also goes to a massive length at heigtening the dramatics of the emotional choruses.

Things take a refrain from the heavy side of things with the next few tracks, including ‘Deadly Lethal Ninja Assassin’, which opens with guest vocalist Frank Turner having a joke with the band. It’s a light, airy tune that unsurpringly made single material, and it doesnt share the same sense of epic as the previous tracks, but chills things out. 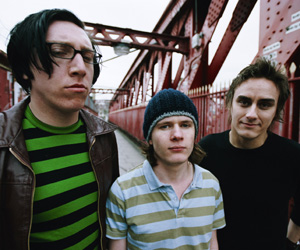 At the end of the day, Reuben are just three mates who enjoy having a laugh through music. A wonderful idea in prospect, and it’s one that is working for them.

The rest of the album kind of follows suite with this more laid back attitude. ‘Agony/Agatha’ opens with the kind of jumping pianos that Jools Holland would be jiggling along to, ‘Three Hail Marys’ encorporates a sinister computer drumloop, as Lenman sneers on top in a subtle way that exacerbates the explosion of the song near the end.

I suppose the reason I made this album a part of my Heard It Yet? section is because of the sheer enthusiasm and variety on offer here. Reuben are a band who have never had anything handed to them on a plate, and despite their talent, with Guy Davis‘ incredible drumming and Lenman‘s insightful and most of the time honest lyrics that still manage to retain a sense of humour despite the dark subject matter they tend to cover, the band are still working hard releasing albums on their own label and struggling to make a living off what they love doing the most. Despite being convinced that they were just another teenage hype band that I would never understand, this album proved to me that Reuben are growing up, and like a fine wine or a MILF (if that’s how you chose to live your life) they are getting better with age. Good luck to them and all.

8 thoughts on “Heard It Yet?: Reuben – In Nothing We Trust”