Only available to us lucky sods in Europe, which makes a pleasant change from the yanks getting all the good stuff, ‘Beyond God and Elvis’ is an altogether far too brief sample of what we can expect on From Monument to Masses‘ new album, due in January. Two fresh, enlightening tracks and two remixes doesn’t sound like much, but it’s more than plenty to whet an eager appetite. END_OF_DOCUMENT_TOKEN_TO_BE_REPLACED

Stuck Mojo have been going for a long time. In fact, the ball started rolling way back in 1989 and, according to their biography, they’ve been challenging mainstream music channels all that time. Indeed, having being picked up by Napalm Records who certainly know a thing or two about what won’t be played on the radio, things seem quite promising for the band’s eighth album ‘The Great Revival’. END_OF_DOCUMENT_TOKEN_TO_BE_REPLACED 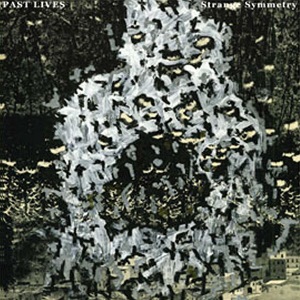 Past Lives is three quarters a reanimated corpse of indie darlings The Blood Brothers, whose shrill repertoire still shreds your skin apart to this very day. But with such a familiar vocal talent that is Jordan Blilie’s voice, is it really possible for the majority vote to create an inventive sound, with only new guitarist Devin Welch a fresh face? END_OF_DOCUMENT_TOKEN_TO_BE_REPLACED 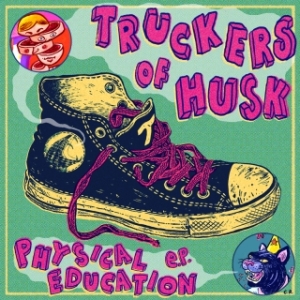 Clocking in at a tantalisingly teasing seventeen minutes short, Truckers of Husk’s debut EP has, for me, cemented them as one of the most promising and downright enjoyable bands to come out of the UK in a while. After blowing me away opening for Future of the Left at the Monto Water Rats, making fellow support act Fighting With Wire sound as dull as family walks, I had to find out more about this band, and as it stands this is all there is to find. But what a find. END_OF_DOCUMENT_TOKEN_TO_BE_REPLACED

Kicking off with the sharp and tangy bite of ‘Woolen Heirs‘, These Arms Are Snakes’ third album wastes no time in blazing through everything the band has been promising hardcore fans in their highly regarded back catalogue. Without a doubt, the obtusely named ‘Tail Swallower and Dove’ is the band shedding the comfortable resting wall of past glories and re-introducing themselves as an almighty force to be reckoned with on their own terms. END_OF_DOCUMENT_TOKEN_TO_BE_REPLACED

The first time I encountered Oxford’s A Silent Film I was in the middle of nowhere, hungover as fuck and wishing I’d brought some wellies to the rain drenched 2000 Trees festival. Back then, with a swimmy head and a leathery tongue, they were just the right kind of band to grace the stage with their simple and melodic tunes that took more than a fair share of hints from the likes of Coldplay and Keane, whilst holding it all together with an integrity saving dollop of Radiohead inspiration. END_OF_DOCUMENT_TOKEN_TO_BE_REPLACED

How does a band like Mogwai go about recording an album? Known as one of the leading pioneers of that post rock arena, even if they don’t like the label, they can’t deny their incredible talent that has seen some of the greatest albums ever recorded done so in their name. Despite coming from Glasgow, surely a bad start in life for anyone, they have consistently released albums of such high quality that even their most dedicated fans still can’t quite agree on what is their magnum opus. So, with all this pressure upon the four men of Mogwai, how do they go about working on album number seven without sounding stale, without repeating past ideas, without alienating new and old fans alike? If there’s any one band that has had enough practice answering those questions, it’s the ‘Gwai. END_OF_DOCUMENT_TOKEN_TO_BE_REPLACED

The Only Thing I Know For Sure
Create a free website or blog at WordPress.com.
Loading Comments...