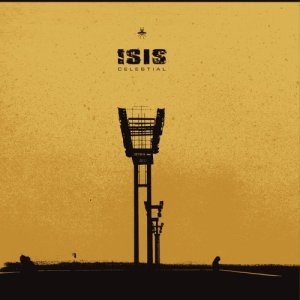 Sometimes you hear a band for the first time and you have absolutely no frame of reference to understand what it is you’re listening to. This was my – and probably a few others’ – experience with Isis.

At an impressionable age, I was introduced to Panopticon, whereupon I couldn’t get my head around nine-minute songs with no ‘singing’ to speak of. Aaron Turner’s then-alien growls confounded, disturbed and intrigued. Isis was something different, something powerful, and something that – to this very day, and which is celebrated with this reissue of debut album Celestial – is forever revealing hidden charms under its gloomy exterior.

So while Panopticon was the gateway into Isis’ oeuvre, the re-release of the long out-of-print Celestial gives us another chance to reappraise the formative years of the Californians.

With the follow-up releases of Oceanic onwards, Isis became known for imbuing their sound with rich textures and overt themes, mainly that of water. Celestial laid the groundwork of this intelligent approach to metal, itself crammed with thematic elements, among them the erosion of privacy via technology; a startlingly prescient motif given the recent revelations surrounding the American government’s online monitoring programmes.

What separated Isis from their peers was the pinpoint manner in which the music complements these overarching themes. None of that has been lost in the 13 years since Celestial debuted. James Plotkin (Khanate, OLD) takes the credit for a remaster that reinvigorates the sludgy crawl that Isis would go on to make their own. Opening with the crisp rhythmic click-clack of a keyboard, the album lurches into ‘Celestial (The Tower)’ with machine-like efficiency. It remains a gut-punch of an introduction, made all the more intimidating by the first howls emitted from Turner’s throat.

Throughout, there’s an unsettling balance between Turner’s vocals and the crashing wave of instruments that struggle to overpower him. It’s remarkable that, amidst Jeff Caxide’s fuzzy, blurry bass and Aaron Harris’ punctual, sharp drumming, Turner’s voice is the instrument that stands out; a performance so full of raw power that it constantly acts as the catalyst to the many sonic earthquakes throughout the record.

Unlike later albums, there’s little in the way of moments to catch a breath. The insistent nature of the album (with songs divided by short, eerie soundscapes that to this day still conjures up images of Desmond from Lost trapped in the hatch in my mind) comes across as a document compiled by someone feeling crushed under insurmountable pressure. When things ease, as it does halfway through ‘Swarm Reigns (Down)’, it’s no easier to handle; the intricate, patient and downright creepy guitar work will see that hairs on necks are gradually erected.

If it wasn’t clear before, then I’ll state it now. Celestial isn’t an easy listen. It’s almost farcically intense at times and lacks the moments of calm that Isis would go on to harness in later albums. Don’t be fooled by the slow, country-tinged melody of ‘C.F.T’, which gradually contorts to a haunting, otherworldly final few minutes.

Celestial, despite its 13 years in the wilderness, still sounds incredible. It’s a testament to the boundaries Isis were pushing all that time ago that this reissue could – and should – still turn heads. It isn’t for the faint of heart, and I’d still hold Panopticon up as the way to introduce yourself to Isis’ discography. But Celestial is special in that it built solid foundations for a group that would go on to challenge the conceptions of what could be done under the catch-all term of metal. If you’ve ever heard the name, and wondered what all the fuss was about, then this is your chance to find out.